Royal Priors has a Zero Landfill Policy in place that has been in force for many years.

Recovered waste i.e. general compacted waste is then taken to a materials recovery plant for further extraction of useable materials, with all remaining waste incinerated – converting waste into energy.

Sustainability measures instigated to date at the centre include:

The team are working on creating a wildlife friendly space within the centre. The project intends to develop a wildlife friendly habitat at Royal Priors by providing natural cover, selective planting in support of bees and other pollinators and the construction of containers to encourage the biodiversity of Royal Leamington Spa. The project will also be used to promote a relaxation space for individuals with the introduction of seating – a Wellness Garden.

Majority of the materials used for the project have been upcycled/repurposed from discarded items and waste material from damaged service equipment – 1,100ltr and 240ltr waste bins. 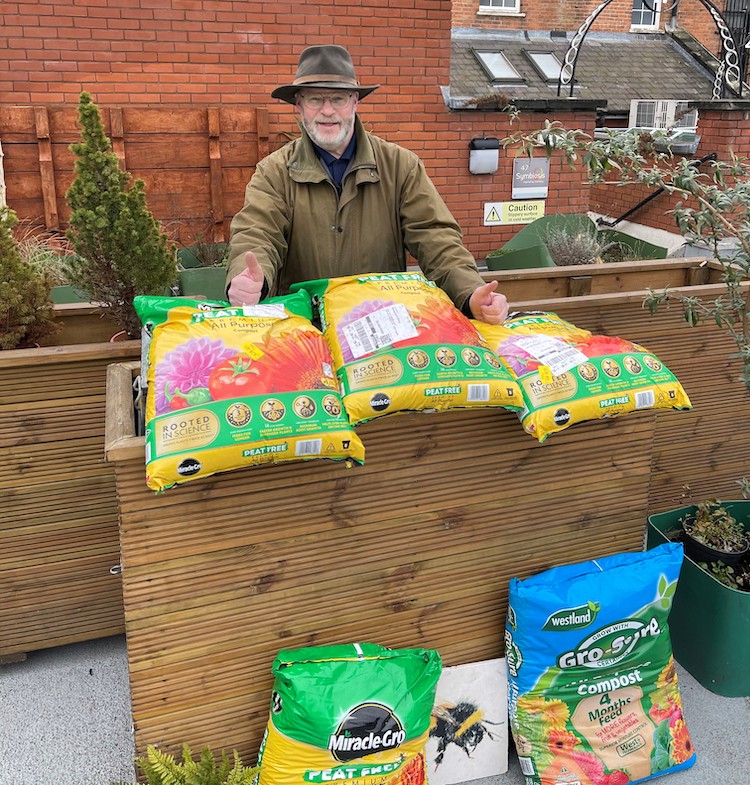 Commitment to the Leamington Community

Royal Priors, with the aid of the local community is supporting two local charities through a bespoke donation box situated on the upper mall. The two charities, beneficiaries of the centre’s campaign are Molly Olly’s Wishes – a charity supporting children aged up to 8 years old with life limiting illnesses, and LWS Night Shelter – a local charity supporting those vulnerably homed in Leamington Spa. For more information about the campaign, click here. 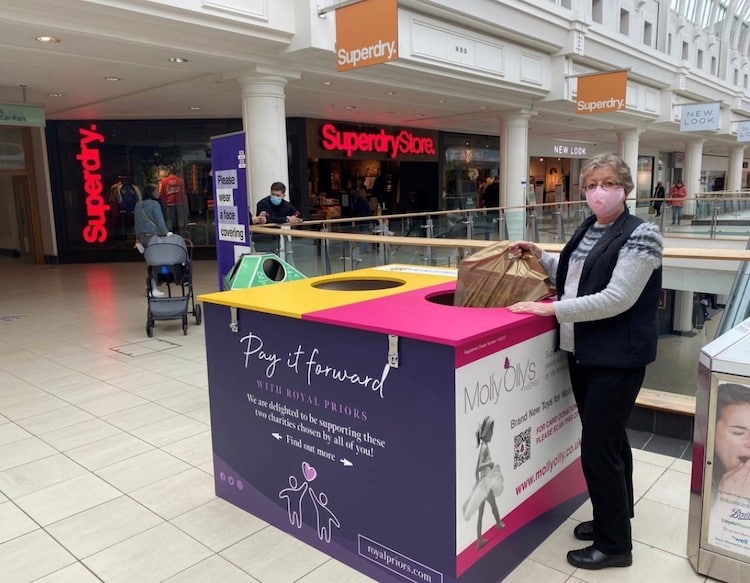